The year 2020 has put a hold on life as we know it. The coronavirus pandemic has affected all markets in some way or the other. And while some businesses have been badly hit, some have soared to the pinnacle of popularity.

Online gaming is one such area which has seen a massive increase in users since lockdown began in several parts of the world. Your schools and colleges are shut; offices have closed temporarily or offered remote work, and you have to spend your entire day at home. So, what do you do? Keep yourself entertained with online content.

Among Us seems to have captured everyone’s interest, especially in Q3 of 2020, i.e. the months of July, August, and September. Reports say that online gaming has collected over $20 billion dollars globally, and Among Us is one of the top contenders of profit in this area.

This online multiplayer game was published by the American game studio InnerSloth in 2018. Due to some magical twist of fate in 2020, Among Us became one of the most popular online games.

Several YouTubers started to stream games for their audience. And with the increasing popularity of video game streaming sites among youngsters, more and more people have started playing Among Us online.

You might be wondering, what’s so special about this game? We have the answer!

What is Among Us about?

In simple terms, Among Us is a social deduction game, much like Mafia and Werewolf. It is set in space, and the number of players ranges from four to 10. They get the role of either Crewmates or Imposters.

Suspected players can be eliminated through plurality votes, which can be initiated any time by a player. If the Imposters manage to critically sabotage the spaceship, the game goes in their favour.

As you may have figured out, this game depends majorly on social interaction and strategic sense of the players. You can play locally with your friends and family, as well as join a game with strangers from around the world.

Among Us has been downloaded across platforms for more than 126 million times in September itself, with a revenue of more $5 million through in-app purchases. It has more than 7 million estimated players, among whom a large majority are active users who love gaming live.

Why is it so popular?

This game has reached huge numbers on YouTube and Steam, with the boom of mobile game streaming around the world. After the craze of PUBG, this is one of the few games that have reached such a level of recognition and popularity. Here’s why.

The cost of the game is a huge factor when it comes to popularity. As most players are expected to be school- and college-goers, a hefty subscription fee will discourage them. This cost-effectiveness has proven to be very effective for Among Us.

This game is free on mobile, although with an annoying number of ads. On Steam, it costs about $5 or R40. This negligible price leads to more number of downloads and often in-app purchases.

A huge advantage of Among Us is that it’s not restricted to a single platform. You can connect with players irrespective of whether they’re using a mobile phone, PC, or gaming console.

This means better connectivity between friends, fewer restrictions, and much more fun. This same strategy had worked wonders for Fortnite, and now, it is catapulting Among Us to the top of lists all around.

This is one such game that depends hugely on social interaction. At a time when people don’t have opportunities to hang out with a big group, this game creates a sense of brotherhood and team spirit virtually.

Games find it interesting to observe players’ behaviour, raise suspicions about the Imposter, and have a healthy debate while voting. All of this together gives them a sense of belonging in this crazy pandemic-ridden world.

Among Us doesn’t need you to upgrade to the latest hardware to get its complete experience. All it needs is 1 GB RAM, 250 Mb hard drive space, and a decent PC that supports at least Windows 7. Needless to say, these are very basic requirements, and almost all of us have them.

Many heavy-duty games put a strain on devices, which is why several interested gamers cannot afford to try them. Among Us eliminates this issue and makes sure it is available to one and all.

You don’t have to be a pro gamer to understand and play this game. The skills required have more to do with real-life social interaction, rather than technical gaming knowledge. It doesn’t require battle skills or familiarity with gaming controls.

The instructions are fairly easy to follow, and once you get the hang of the game, you will get hooked to it. Even if you don’t develop an intuition immediately, you can always have fun doing the tasks as a Crewmate or killing off players as an Imposter.

What’s spreads faster than wildfire nowadays? Memes. And Among Us has tons of cool and funny memes on the internet. Even if you’re not aware of the game, you must have come across one such meme on social media.

The power of memes must not be underestimated in this day and age. With a few viral memes, Among Us reached millions of internet users globally, which contributed to its sudden popularity as well.

Many parts of the world have been under lockdown since the beginning of 2020. And although businesses have somewhat opened recently, many people are still spending most of their time at home.

With more and more free time at people’s hands, online games have seen a spike in users. And Among Us was clearly spotted by the right people at the right time.

This fun multiplayer game has become the rage in 2020, with its quirky graphics and interactive gameplay. If you haven’t played it yet, get started and see what the fuss is all about! 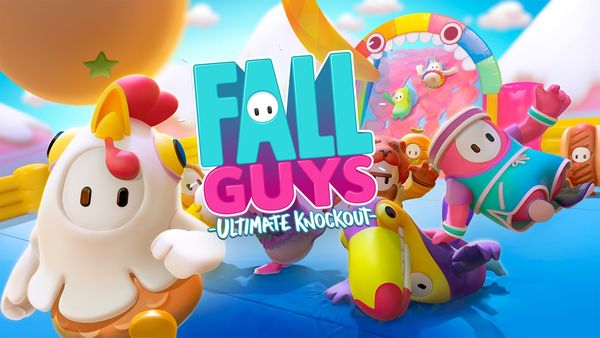 As per the in-game countdown, people are expecting Fall Guys Season 3 to launch Monday, December 7th, exactly when the countdown ends. 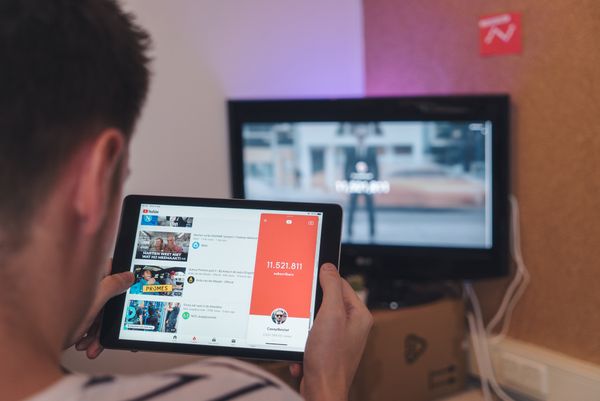 Make the most of thumbnails and overlays by using attractive images, text, and graphics before, during, and after your streams, and move one step closer to becoming a professional streamer!