With the pandemic driving tons of traffic to live streaming platforms, more people are looking to stream their gameplay to their audience than ever before. Live video game streaming sites have seen a growth of 57% as of Q2 2020 when compared to Q1. Over 7.6 billion hours of gaming streaming content was watched across all platforms in the second quarter of 2020 alone – this is higher than it has ever been.

Let’s look at the different parameters that will help you decide which platform caters better to your streaming needs:

Stream Hatchet reported that as of the first quarter of 2020, Facebook Gaming had over 550 million hours of content watched on their platform. That is quite an impressive feat. However, YouTube Gaming asserts its dominance with nearly double the viewership hours at 1057 million hours watched! There is no question that as of right now, YouTube Gaming is a much more dominant player in the streaming market, with 22% of the total viewership.

You’d have to compare the number of hours watched to the total hours streamed to get an idea of how viewership compares across platforms. Consider the hours streamed as the supply and the hours watched as the demand, demand exceeding supply is a good indicator of which platforms provide a good opportunity for streamers to grow. YouTube Gaming had more than 14 million hours of content streamed on its platform, while Facebook Gaming had only a little more than a third of that figure with 4.9 million hours. Even though Facebook only had a third of YouTube’s streamed hours, it has an impressive active viewership at more than 550 million hours.

It is important to consider how much competition you’re going up against when choosing a platform to stream on. The number of unique channels on YouTube Gaming is over 860,000 while Facebook only has a fraction of that at 130,000. There is considerably less competition on Facebook Gaming while compared to YouTube Gaming, which gives you better chances to be prioritized by their algorithm and reach more viewers.

Another important factor to consider while choosing a platform to stream is the rate at which the platform is growing. This gives you an idea of which platform is going to be the better option in the long run.

Yet again, Facebook Gaming dominates this statistic with a mind-blowing rate of growth at 320% over the past 12 months, as of the second quarter of 2020. On the other hand, YouTube Gaming follows with just over 103% growth. This might give you an idea of how saturated the platform is and how much you can expect it to grow over the coming months and years.

While it can be argued that both platforms are major players in the streaming business, there is no doubt that each of them has its pros and cons.

YouTube Gaming offers a large user base and unparalleled reach. It currently enjoys much higher viewership than other platforms and has a sleuth of features such as Super chats and fan memberships.

However, the prospects for Facebook look much better with much fewer channels to compete against and a rapid rate of growth. This makes it important for streamers to try and capitalize on both platforms.

That brings us to the most important question for any streamer.

How Can I Make the Most of Both Platforms?

You don’t have to choose one platform to stream on when you can have the best of both worlds by streaming on both. Streaming on multiple platforms is the best way to make the most of the opportunity and grow as a streamer. You can appeal to communities across platforms by streaming on both of them simultaneously. That might have been difficult to do until now, but Turnip comes to the rescue!

Turnip is a revolutionary app that is changing the streaming landscape by making it easy for you to stream on both Facebook and YouTube Gaming simultaneously right from your phone. You can add an overlay, donation information, and other graphics to personalize your stream!

A brief understanding of what are NFTs, what is Blockchain Gaming, famous blockchain games and how to earn NFTs while you play! 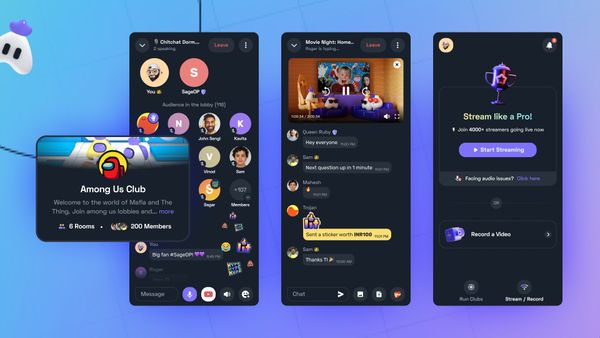