Live streaming games have been a voguish trend for quite some time now, especially since everyone got locked indoors with plenty of time to spare.

YouTube is by far the most popular choice for mobile gamers to stream games such as PUBG, Call of Duty, Among Us, and many others. However, with the competition brimming, simply having a YouTube channel is not enough to engage viewers while streaming your gameplay.

Tips To Drive Engagement When Streaming Live on YouTube

Even if you can get a consecutive killstreak without being shot at in Call of Duty Multiplayer, your YouTube channel must sparkle and feel presentable to welcome returning as-well-as new viewers for maximum viewership.

Curiosity is an impactful psychological trigger. A curious viewer will always stay tuned for more and keep anticipating your next move if you leave them with cliffhangers.

While you are streaming your game, be sure to spike curiosity amongst viewers by adding commentary and using secretive moves that can immediately turn the tables in your favor while playing.

The second is storytelling. Do not just sit mute with your smartphone while streaming games, but keep adding dialogues and commentary to maintain consistency in engagement for your viewers.

Share your strategies and motives at the beginning of the gaming stream and continue sharing tips throughout the video.

People often have tasks to cater to, which require them to leave your stream and rejoin later. As they rejoin, or as more new viewers join, keep mentioning about your progress in the game and your next ideas.

While in the middle of a dire situation, be sure to announce your strategy to your viewers to create a sense of anticipation and greater engagement as people hope for a definitive move from your side.

As you must have heard about the collaboration of the two hotshots in the realm of live stream gaming - Dr. DisRespect and Scout went off the charts when Scout's fans flooded Dr. DisRespect's live chat.

Since Scout had such a massive fan following, his constant engagement and transparency with his viewers caused his stream to peak at 128k viewers while Dr. DisRespect's views maxed out at 104k.

It will be best if you stay consistent while streaming games as it is imperative to continue receiving positive reviews and engagement.

Pick a regular schedule and always show up at the scheduled time without delays. This gesture portrays your commitment towards the channel and gives a feeling of reliability to potential subscribers.

The famous gaming live streamer Ninja has specifically emphasized on sticking to a consistent streaming schedule to retain viewership.

With so many apps available online to let you stream your gameplay on YouTube, it is advisable to find an online live streaming app that helps you stream games directly from your mobile phone.

Converse Directly with your Viewers

Never ignore the fact that you are interacting with viewers. Thus, you should always thank them for their comments and support throughout the live stream.

Many streamers often get fixated on engaging the viewers. While it is necessary to keep the conversation going, you do not have to force things.

If possible, you can even call out the names of some well-wishers in your stream. This gesture will induce a feeling of more direct involvement and will motivate other viewers to write positively in the comments as well.

Mortal, who is one of the most famous Indian PUBG live streamers, has had an exponential rise in fame and viewership because he interacts actively and has introduced the claw technique to his viewers.

Branding your live stream can add that missing seal of recognition, which not only makes you stand apart from the crowd but also drives significant user engagement and attracts potential subscribers.

You can choose from a plethora of stunning gaming templates from various online tools. Most of these tools let you customize templates as per your desire, rendering an exquisite aesthetic to your live stream.

All this branding will be for naught if you do not pick a decent live streaming application.

Choose a user-friendly live stream platform that is easy to navigate and offers uninterrupted streaming, so there are no glitches between your game and your viewers.

It is not uncommon for streamers to sabotage their careers by exhibiting toxic behavior or rule violations.

Not all viewers might be welcoming or supportive, but would only be there to demean your gaming skills and force you to lose your cool. However, reacting violently while on a live stream will leave a negative impression on your YouTube community.

Try to ignore such hate comments and focus on hitting high stats in the game as it will automatically be a befitting answer to all haters and will raise your game amongst all your channel subscribers.

While people enjoy watching gaming streams, it can be even more fun if you offer alluring incentives to daily viewers. Incentives will help you develop a loyal viewer base and attract more attention to the competition.

Implement polls, contests, and giveaways on your streaming channel. The right incentives will attract newcomers and also help retain the old ones.

Some cool giveaway ideas for your gaming live stream channel can include free game keys, gift cards, in-game currency, or some customization features.

When you host a live stream, it will lead to questions from your viewers, as they might feel interested in the techniques you used while gaming.

Questions allow you to cater to your viewers' problems if they get stuck somewhere in the game.

Listening to queries in a live stream can even help you gain some insights into your own playing technique as someone might point out an unusual characteristic about your playing style.

With the evolution and accessibility of state-of-the-art technology, mobile game players have started their streaming channels on YouTube with a bang. This trend has gained widespread attention and has become in vogue over the past years.

Gamers nowadays require apps that can let them stream games on YouTube with no lags. Visit the GooglePlay Store and download Turnip for free to start streaming your gameplay with no hassle or any disruptions. 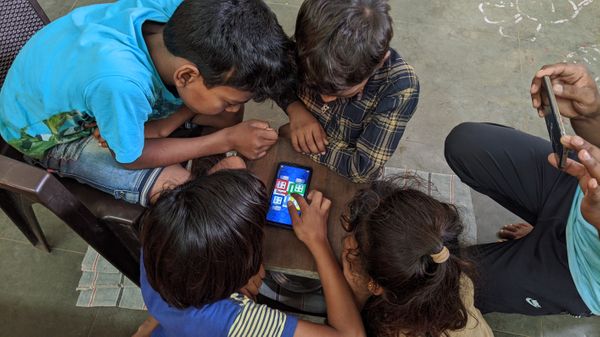 What turned out to be a difficult year for most people around the globe, was the year that made one particular group of people really happy. If you guessed ‘gamers’, congratulations you have won a cookie!

Introducing Turnip — a mobile app that enables you to start streaming with just your mobile phone. No expensive PCs, no multiple devices, and no need for a billion people in your team!