PlayerUnknown’s Battlegrounds (PUBG) revolutionized the gaming world when it landed on the market in 2017. With the launch of its mobile version in 2018, PUBG led to a gaming frenzy among teens, pre-teens, and adults alike. Seeing this, several other gaming companies tried to replicate its success.

Recently, the Indian Government banned PUBG mobile, leading to an outcry from its fan base. People in other regions might have also started looking for alternatives to this game. However, do not think of this as a lost cause.

There are several alternative battle royale mobile games that will give you the amount of, if not more, thrill and fun than PUBG. Here, we have curated a list of the 6 best action video games that you can download on your phone.

Arguably the second most popular mobile warfare game after PUBG is Call of Duty. After being launched as a mobile version in 2019, this game has amassed a huge fan following in a short period of time.

Published by Activision, CoD mobile offers all the thrills of battle royale games. You will need solid teamwork, smart fighting skills, and quick execution to ace this game. Follow HawksNest, Bobby Plays, and AnonymousYT on YouTube to watch live streams of CoD mobile.

The Asian gaming giant Garena has developed this intense battle royale game for enthusiasts. Free Fire is ideal for gamers looking for aggressive action in a short time span.

YouTubers like Gyan Gaming and Desi Gamers are pro at Free Fire. You don’t have to camp for this game, and it hardly takes you away from your daily routine.

The highlight of Free Fire is its 10-minute intense war among 49 players. Only the bravest and toughest will emerge alive from this challenge. With the in-voice game chat option, there will never be a dull moment.

Battlelands Royale is a single and multiplayer action game with a twist. This game gives the characters a cool and cartoony twist from the regular avatars. It is most suitable for beginners and people who are looking for a different sort of battle royale experience.

This mobile game has cute characters, a unique gameplay environment, and fun themes. Here, you can participate in a 32-player battle, which lasts for up to five minutes.

Watch GameOnTom and TapGameplay on YouTube to get the thrill of this game.

This survival FPS game lets you create a squad and enter the battlefield to fight against enemies. All you have to do is stay alive until the last minute. Your battle ops royal room can have up to 30 players.

The best thing about Battle Royale Strike Survival is that you get all the weapons in Counter-Strike, along with rocket launchers and unique game modes. The controls are easy and smooth, even for beginners. The game can go on up to half an hour in case of crazy battles.

Knives Out can be considered a more creative version of PUBG. It is similar to all battle royale games in terms of mechanics. However, this offering by NetEase is popular for its cool views and a wide selection of customization options.

To ace this game, all you have to do is get on the map and kill everyone to remain the last person standing. Like PUBG, it follows a 100-player format but has unique locations and gameplay features.

Get Ready Gamer and trueflows CODM are popular Knives Out players on YouTube.

Another close contender of PUBG Mobile is Rules of Survival, where the basic rules remain the same. You are dropped in the middle of a battlefield by a parachute; then, you have to find weapons and other stuff and kill people in the process. The difference is that Rules of Survival can have 120 players.

This battle royale game is known for its chaotic atmosphere and intense fights. Overall, it provides a smooth interface and easy controls for gameplay.

You need weapons and tactics to remain the last alive person on the battlefield. RoS lets you play as part of a team, as well as solo and duo. Some of the best RoS players on YouTube are Techzamazing and Daksde.

PUBG has created a huge demand for battle-based games in the market. Many gamers now have the opportunity to turn their passion into a career by streaming live games for fans through websites and applications like Turnip.

Through state of the art graphics and thrilling challenges, these top mobile games like PUBG have carved a niche in the gaming arena. Not just kids and teenagers, even adults find themselves drawn to the excitement of battle royale games. So, what are you waiting for? Try your hand at a gaming adventure and stream it for your followers now! 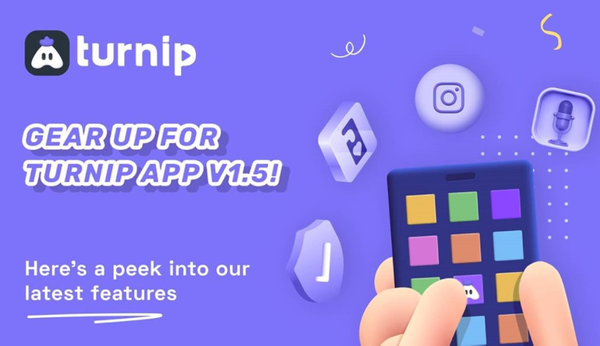 In our latest app update, we have introduced some of the most requested features and fixes for our lovely community! 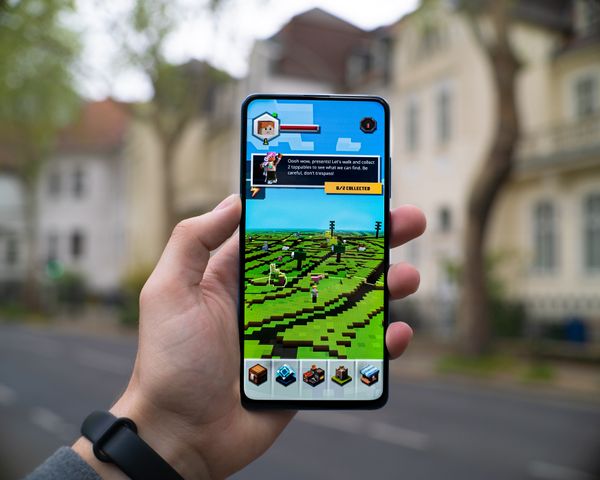 The only limit to what you can create in Minecraft is your creativity and the open-world that measures nearly 900 million square kilometers (That’s twice the surface area of the Earth!).